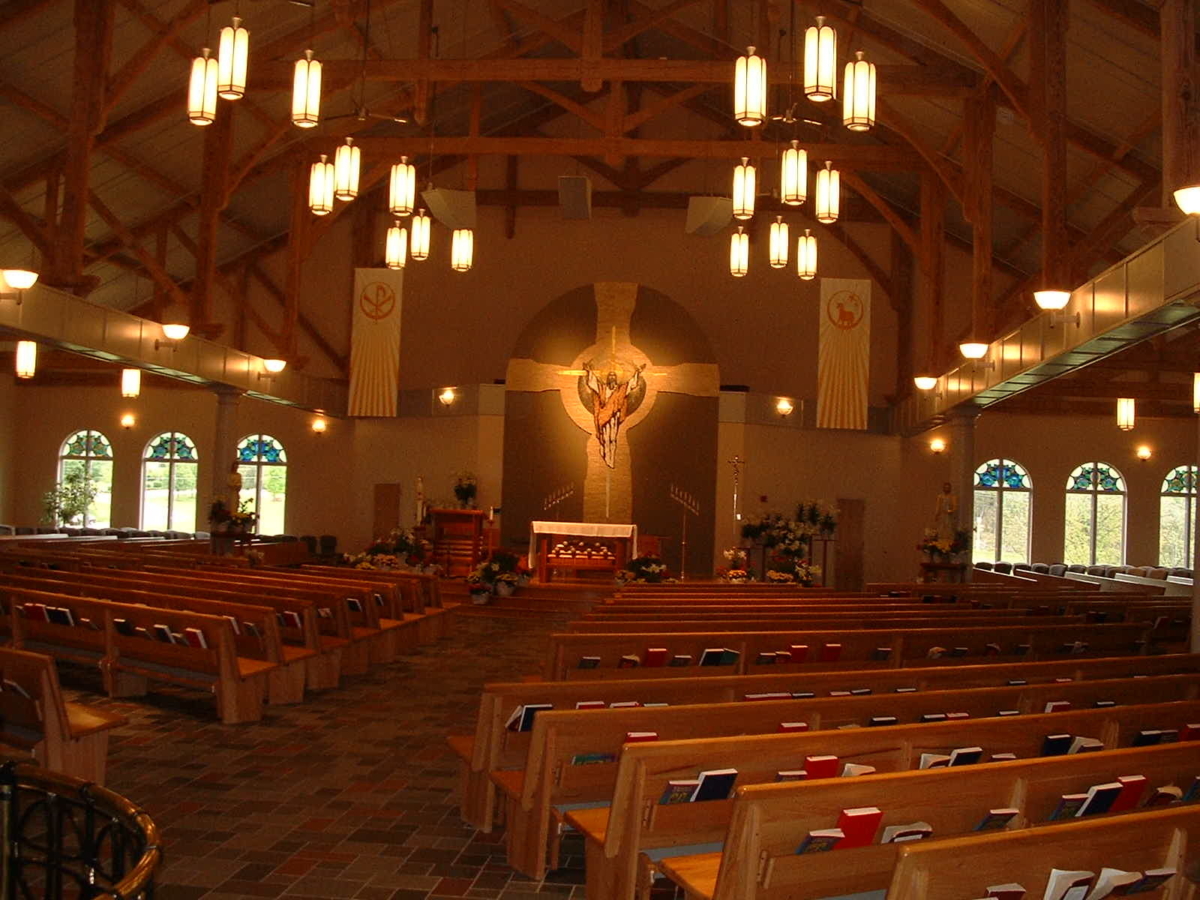 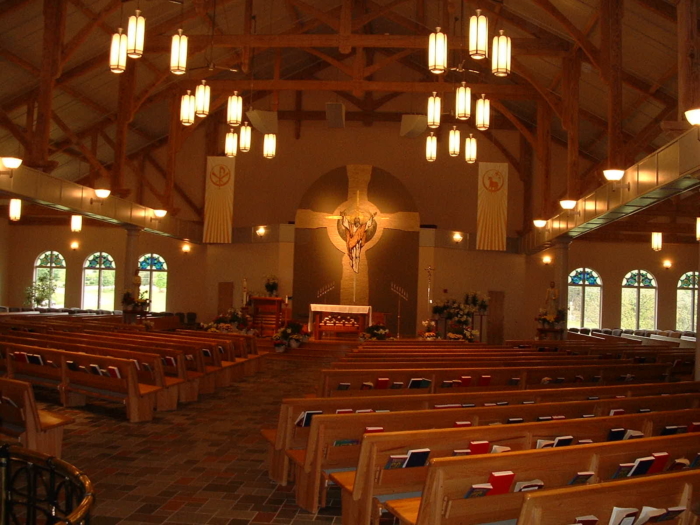 St. Mary’s Catholic Church is a very reverberant space with a well-designed sound system to provide speech clarity. This is an example of a church that sought limited guidance on the architectural acoustics, chose to make the room more reverberant than recommended, and put emphasis on the sound system.

The acoustical consultant was told the church wanted a reverberant room and asked to evaluate and comment on the room acoustics of a proposed design. This initial design included cushioned pews but no other soft absorption in the room. The expected reverberation was more than normally recommended by the consultant. Some added absorption was recommended along with some guidance on the location and arrangement of the music area. Analysis and control of the ventilation system noise was excluded from the scope.

The church chose to initially keep the room more reverberant. The extra absorption was not added and the cushions were deleted from the pews, though some upholstered chairs were added for extra capacity. After some experience, the congregation asked the architect to deaden the room some and about half the initially recommended absorption was installed. The acoustical consultant was asked to visit and evaluate the situation. The complaints were that while the sound system provided clear speech, it was not comfortable listening for many.  Several options for additional treatment were considered, but emphasis was instead placed on further improvements to the sound system.

With a reverberation time significantly above two seconds it became responsibility of the sound system to provide intelligible speech as well as reinforcement for musical instruments. As an added challenge, it was requested that the sound system impact the aesthetics of the openness of the post and beam truss design as little as possible. Following exploration of a number of options, it was agreed that the main sound would be provided by an expanded cluster of speaker units that could provide significant control across their operating spectrum. These speakers provided coverage to the center seating and either side of the near front seating.  However, a significant amount of sound from these speakers was blocked by the beam structure. The two support beams that course from one end of the sanctuary to the other provided a location to hide small speakers that while broad in their coverage pattern were located as close as possible to the congregational seating.